Reducing the Influence of Tobacco Marketing

JUULs and Youth: A New Style of E-Cigarettes

A new e-cigarette product called the JUUL hit the market two years ago. After their first introduction, JUULs quickly became popular. JUULs currently make up 30% of total e-cigarette sales.1 Much like other e-cigarettes, the JUUL devices heat up a liquid cartridge to create a vapor. Each cartridge provides 200 puffs and contains a variety of different flavors.1 Each cartridge also contains 59 milligrams per milliliter of nicotine, which is equal to the amount of nicotine found in an entire package of cigarettes.1 One distinguishing factor of these e-cigarettes is their small size -- they can fit in the palm of your hand and they resemble a USB flash drive. 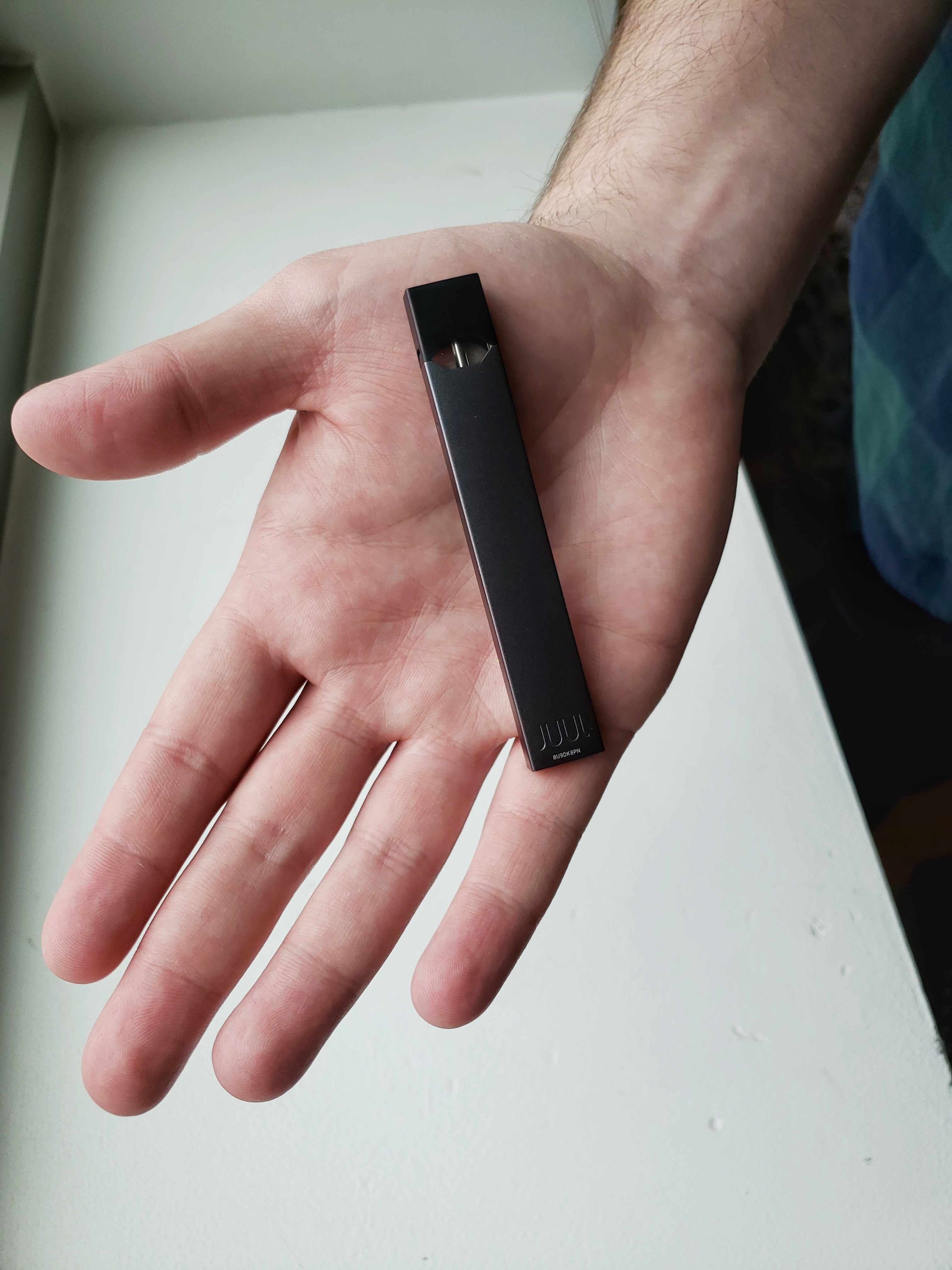 An additional difference between the JUUL and other nicotine-containing e-cigarettes is the way that nicotine from JUULs is absorbed into the body. The liquid in JUULpods is designed with a salt-based nicotine absorption method, which delivers nicotine to the body and brain in a way very similar to traditional cigarettes.1 These pods also come in flavors like mango, cool mint, fruit medley, and crème brulee, which can often be appealing to youth. Public health advocates are concerned that the appealing JUULpod flavors, in combination with the highly addictive salt-based nicotine, will get youth hooked on tobacco products.

These new JUUL products are being labeled as a smoking alternative, but it is important to remember that the long-term health effects of heating and inhaling the chemical components of the vapor are unknown.1 E-cigarettes are not an FDA-approved method of cessation. A list of FDA-approved cessation products can be found on their website or by clicking the link here.

Reducing the influence of tobacco marketing on youth

Youth use rates in Colusa County remain high above the rest of California. In Colusa County, almost 23% of youth are using tobacco products in some form.1 The state average is almost 10% lower at 13.8%.1 New and emerging products are contributing to the consistently high youth use rates. New products like electronic cigarettes and flavored tobacco products are heavily marketed toward youth and are creating the next generation of nicotine addicts.

In the United States, cigarettes are prohibited from containing flavors other than menthol as part of the Family Smoking Prevention and Tobacco Control Act of 2009. The FDA recognized that flavored cigarettes were gateway products for many children and young adults to become regular smokers, so they prohibited them.2 However, other flavored tobacco products are still available such as flavored such as little cigars, e-cigarettes, and hookah. These products have skyrocketed in availability and consumption over the last few years. These flavored products can come in a wide range of youth appealing flavors including chocolate, berry, apple, Jolly Rancher, breakfast cereal, wintergreen, and peach.3

There is great concern that these new flavored tobacco products are being directly marketed toward youth in Colusa County to create the next generation of addicts.

Electronic cigarettes, also known as e-cigarettes, e-hookahs, hookah pens, vapes, vape pens, vape pipes, and mods, were first introduced to the United States in 2007. Since their introduction, they have skyrocketed in popularity, availability, and variety. E-cigarettes are battery-operated devices that heat a liquid solution until it changes chemical phases to become an aerosol, which is then inhaled.5 E-cigarettes are, by California law, considered tobacco products. E-cigarettes can contain nicotine, which is highly addictive and can harm adolescents during critical periods of brain growth and development.5

E-cigarettes have become popular among youth in recent years. The rate of youth e-cigarette use has surpassed the rate of traditional cigarette use.5 E-liquid comes in over 7,700 flavors that can be appealing to youth such as Fruit Loops and Cap’n Crunch. Studies have demonstrated that appealing flavors are one of the main reasons that students experiment with e-cigarettes.5 Youth are bombarded with e-cigarette advertising exposure in retail stores, on the Internet, in television or movies, and in newspaper or magazines.5

E-cigarettes are still a fairly new product and there have been no studies done on the long-term health consequences of using e-cigarettes. We do, however, already know several of the dangers.

Here are some of the known dangers of using e-cigarettes:

Learn about the availability of flavored tobacco, e-cigarettes, and other tobacco related products in Colusa County at the Healthy Store for a Healthy Community Website.